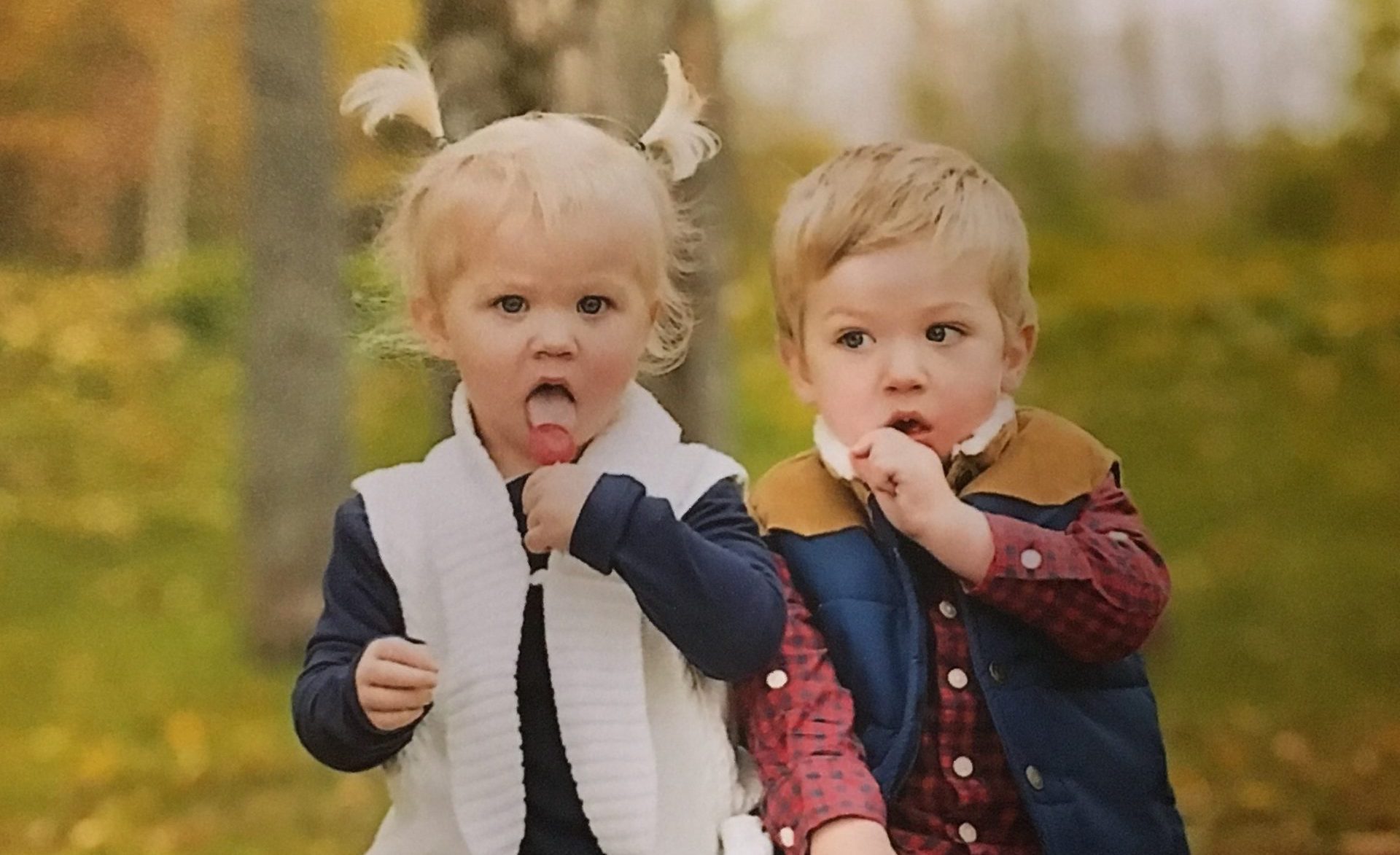 On July 29, 2014 Malorie and her husband, Kyle welcomed their twins Camryn and Colton 9 weeks early at Health Sciences North. Colton was the bigger of the two weighing 3lbs 15 oz. Unfortunately, he battled breathing problems daily for the first three weeks of his life. Colton also had a valve that wasn’t fully developed due to being born premature which caused reflux. The nurses and doctors in the NICU were fantastic; answering questions, addressing concerns and providing great tools for Colton’s treatment.

Camryn being the smaller of the two weighing 3lbs 7 oz, received light therapy in the NICU. Malorie and Kyle recall how much Camryn loved the light therapy. She often flung her legs over and lifted her hands above her head as though she was sun tanning.

Being from Englehart, Ontario, the Robinson’s resided in a travel trailer at a campsite for twenty six days to be able to stay close to their twins while they were in the hospital. Camryn and Colton continue to come to NEO Kids for appointments often.

“Thanks to the great team in the NICU and at NEO Kids, we have two happy, healthy and very active 3 year olds. Without the excellent care our babies received, I truly don’t think they would be here today.”

Back to Inspiring Stories